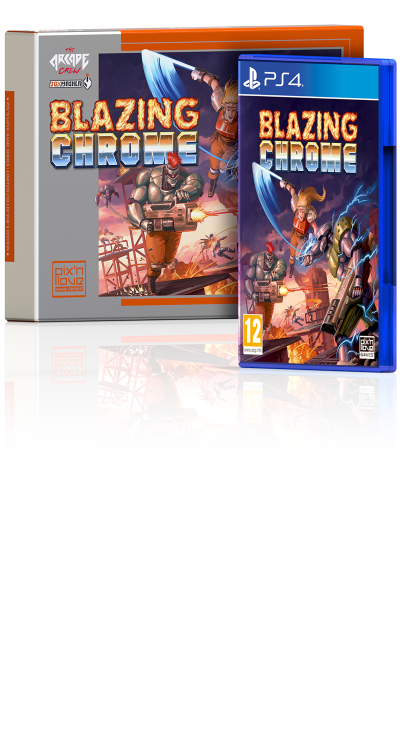 Blazing Chrome is unveiled in an exclusive Collector's Edition for PlayStation 4™!

Acclaimed upon release of its digital version, the action game Blazing Chrome comes in physical version on PlayStation 4TM!

About Blazing Chrome for PlayStation 4TM