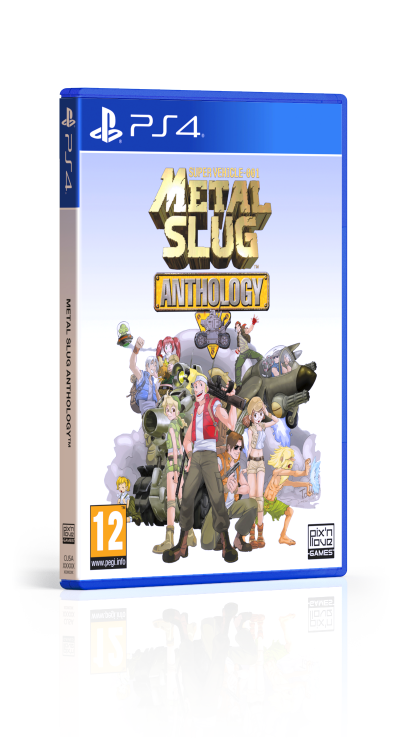 25 years after its first appearance on the NEOGEO system, Metal Slug remains one of the most appreciated series in the run’n gun genre.

Adored by fans of side-scrolling shooters looking for a challenge, The Metal Slug saga is a brilliant mix of shooter and side-scrolling platformer, which multiplies with a rare accuracy funny details and humorous winks, making a satire of the war. Its quirky humor, meticulous direction, frantic action and incredibly precised gameplay earn it its place in the pantheon of the most popular shooter games of all time.

True homage to the famous SNK franchise, Metal Slug Anthology gathers a total of seven installments released between 1996 and 2006. Play as the mercenary soldier Marco Rossi and its squad to put an end to the tyranny of a handful of extremists thanks to your military arsenal… and a good dose of courage!