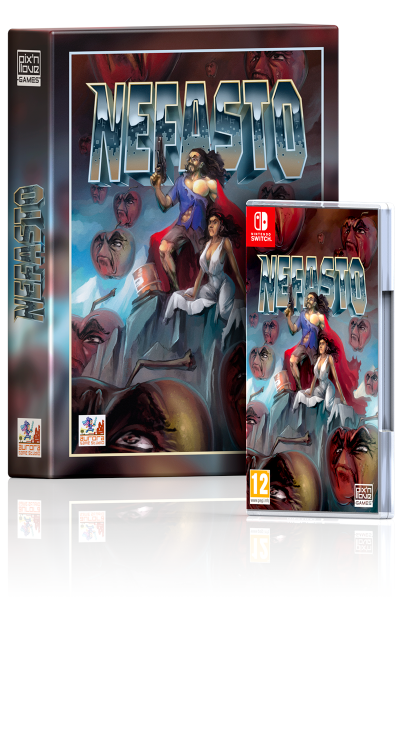 A crazy point and click adventure in your console's main processor!

Have you always wondered how a video game works? This is just the thing: Nefasto's Misadventure offers you a behind-the-scenes look at a program that... doesn't work! But really doesn't...

In this vibrant tribute to the point and click genre, play as Nefasto, a corrupted piece of game data, locked in a buggy console! The system is about to crash and your time is running out! Will you find a way out before you are permanently deleted from the program?

Adventure, action, puzzle, etc. Guide Nefasto through a strange and mind-blowing world as you solve challenging puzzles. Meet colorful looking and talking characters, fight wacky bosses and unlock one of the many endings before the clock runs out!

Unique, offbeat, and surprising, Nefasto's Misadventure: Meeting Noeroze is an extravagant point and click full of humor and references.

About Nefasto's Misadventure for Nintendo Switch: