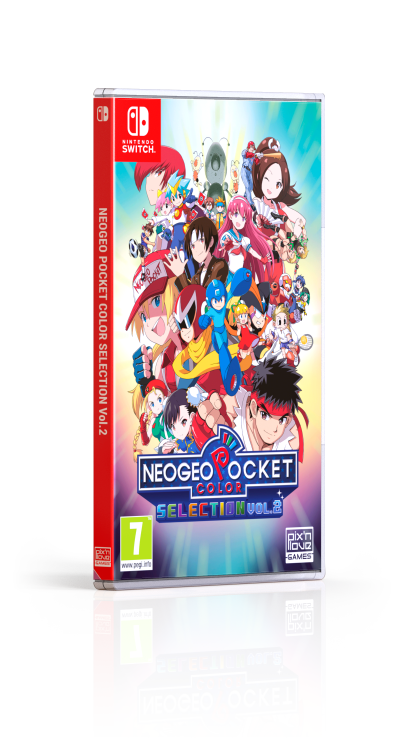 Immerse yourself in the enchanting world of NEOGEO POCKET COLOR!

Released in 1999 by SNK, the NEOGEO POCKET COLOR is the successor to the NEOGEO POCKET and features a colour LCD screen. With a catalogue of more than 80 games, the portable console, with a design as elegant as it is comfortable, includes in its game library the greatest SNK successes, such as METAL SLUG, FATAL FURY, SAMURAI SHODOWN and THE KING OF FIGHTERS.

After the incredible success of the first compilation, SNK and Pix'n Love are pleased to present NEOGEO POCKET COLOR SELECTION VOL. 2!

This selection of 10 games invites you to discover the greatest NEOGEO POCKET COLOR hits! Among them is the beloved MEGA MAN BATTLE & FIGHTERS, which combines the original arcade episodes MEGA MAN: THE POWER BATTLE and MEGA MAN 2: THE POWER FIGHTERS, as well as the legendary SNK VS. CAPCOM CARDFIGHTERS' CLASH, who is one of the best card videogame of all time! Join the iconic SNK and Capcom characters in an intense and exciting battle!