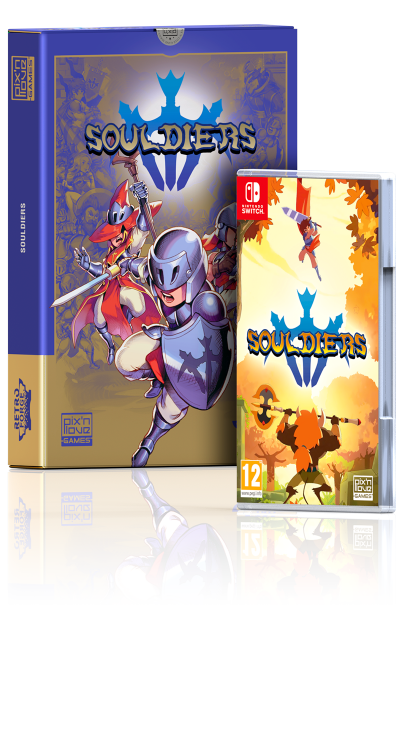 Souldiers is unveiled in an exclusive Collector's Edition for Switch™!

Developed by the talented studio Retro Forge Games, Souldiers is already shaping up to be a future reference by combining metroidvania exploration, epic Souls-style battles, RPG customisation and incredibly precise platforming sequences. It's a clever mix that will plunge you into the heart of the fantastic world of Terragaya, torn between the dead and the living.

Developed with a keen eye for detail and passion, Souldiers also boasts an engaging storyline, art direction and polished pixel art that pays homage to the 16-bit era.

Choose a character class, hone your skills, battle a horde of enemies, solve numerous puzzles, and fight for your freedom!

About Souldiers on Nintendo Switch: