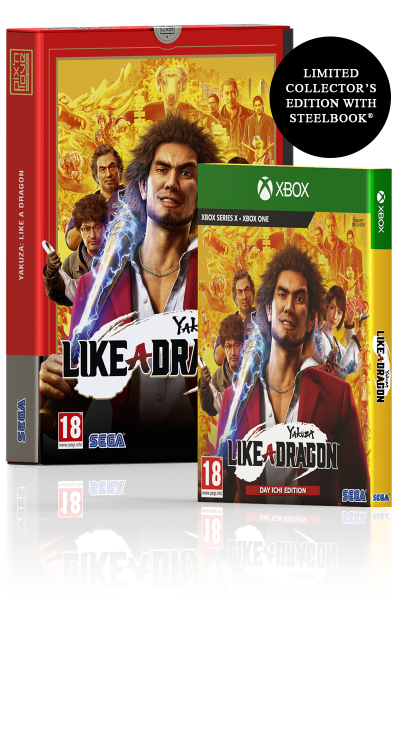 YAKUZA: LIKE A DRAGON – LIMITED EDITION for XBOX SERIES X / XBOX ONE™

SEGA and Pix'n Love are pleased to present the Yakuza: Like a Dragon game on Xbox Series X / Xbox One™ in an exclusive numbered Limited Edition!

About the Yakuza: Like a Dragon* game for Xbox Series X / Xbox One™: