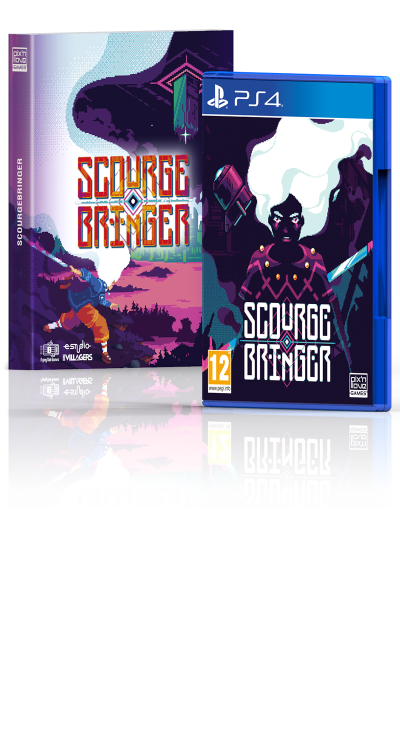 ScourgeBringer revealed in a Collector’s Edition exclusive for PlayStation 4™!

This edition signed and numbered at 500 copies includes:

Set in a post-apocalyptic world where a mysterious entity wreaked havoc on all humanity, ScourgeBringer puts you in the shoes of the deadliest warrior of her clan : Kyhra. Help her to explore the unknown and slash her way through ancient machines guarding the seal of her past, and maybe the redemption of humanity.

Praised for its nervous and technical gameplay, ScourgeBringer brilliantly mixes platformer, roguelite and combat.
With its exceptionally polished 2D direction, its ever-changing dungeon and its combo-based mechanics, the title from Flying Oak Games establishes itself as one of the best arcade games of recent years. Sublime gameplay, high challenge, exciting action... An explosive mix for thrill lovers!

About the game ScourgeBringer for PlayStation 4™: