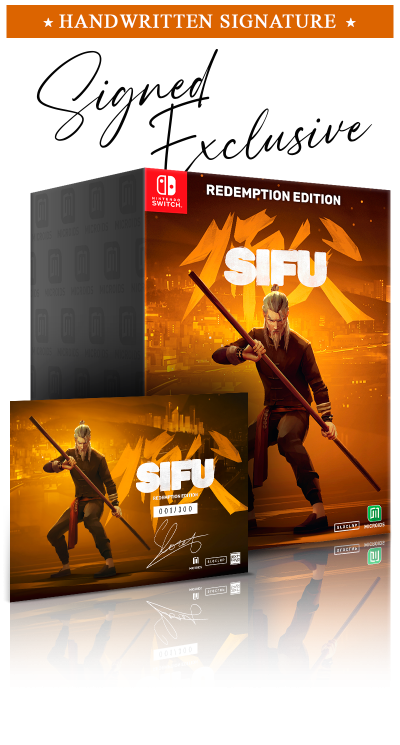 SIFU on Nintendo Switch is revealed in an exclusive Collector's Edition signed by the members of the Sloclap studio (authentic handwritten) and numbered at 300 copies!

This special edition, signed by the Sloclap studio and numbered to 300 units, includes:

Honor your quest for revenge!

From Sloclap, creators of acclaimed PS4 fighting game Absolver, SIFU follows a young kung fu student on a path of revenge, hunting for the murderers of his family.

One against all, he has no allies and countless enemies. He will have to rely on his unique mastery of kung fu to prevail and preserve his family’s legacy.

Sharpen your mind and body. Learn from your mistakes, unlock exclusive skills and focus on dominating the devastating techniques of Pak Mei Kung Fu.

About the game SIFU for Nintendo Switch: