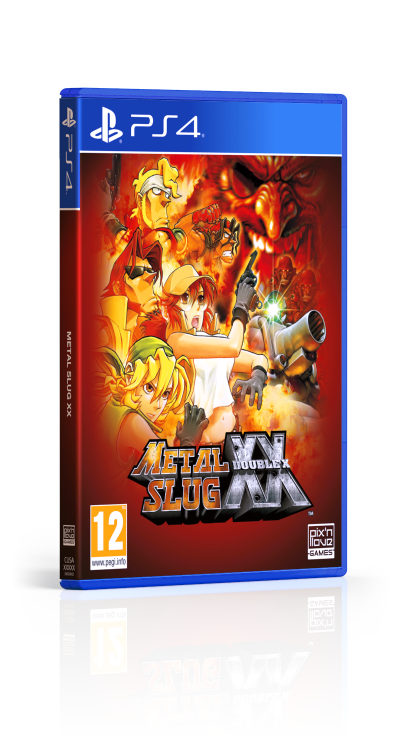 Initially released on Nintendo DS as Metal Slug 7 before being ported to PSP in 2009 then on PS4 in 2018, Metal Slug XX benefits from an abundance of novelties!

In addition to graphics in 1080p compatible with 4K screens, Metal Slug XX fully enjoys the functionalities of the DUALSHOCK®4 game pads which rumble in sync with the action and from which you can hear the prisoners of war thank you for freeing them. Metal Slug XX also offers two types of scanline displays for nostalgic gamers as well as a new series of Trophies for the challenge enthusiasts! In addition to the 6 characters of the original game, the soldier Leona Heidern – offered through DLC on PSP – is now a part of the fighting roster from the start.

Join the ranks of the Peregrine Falcons and catch the tyrannical General Morden in this run’n gun as captivating as it’s fun!

About the game Metal Slug XX for PlayStation 4™: